Skip to content
An Exploring South African Things to do in Cape Town, the Helderberg, and the Cape Winelands
My Life 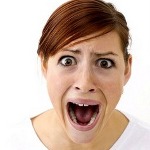 Did I mention that I tripped Dad’s house alarm yet again last week? It kind of made sense seeing that this was the same week in which I mistakenly headed down the M3 after work instead of the N2 on karate in Gordon’s Bay night and also kind of half dozed off on the way back from Gordon’s Bay one evening, snapping back into action in a completely disorientated and lost state – which needless to say wasn’t quite fun as it took a fair bit of time to re-orientate myself on that damn R300 which currently in almost permanent construction mode.

So anyway, this marks the second time I’ve set off Pop’s alarm since staying there (I’ve been there almost two months now!), the first time being a rude awakening for the household when I misguidedly opened a window for the cat in the early hours of the morning, completely forgetting that the alarm was of course armed. Doh!

This time however my transgression happened in the evening, when I happily arrived home to an empty house, grabbed my stuff from the car and went inside, happily strolling along through the length of the house, depositing my bags in Claire’s room (my temporary abode) and then waltzing back through the corridor, only to pause for thought next to the alarm control box, wondering out aloud to myself, “Strange, they didn’t set the alarm for a change?”

Of course, no sooner were those words out of my mouth and my hand on the control box to check the alarms state, when the wailing siren kicked in full tilt and the house erupted in a cacophony of noise.

Instantly in panic mode, I grabbed my cellphone and prayed that Pops would answer before ADT put the call in, basically because I didn’t know the secret password to clear it as a false alarm and I certainly did not feel like getting manhandled by a burly security guard once they eventually came storming along.

Thankfully though, Pops did answer and without any formalities I simply blurted out, “alarm code now”, literally just as the house phone rang with a friendly ADT woman’s voice on the other end…

So, crisis averted, but I still felt like a dick.

Freedom Day and in Pain