Skip to content
An Exploring South African Things to do in Cape Town, the Helderberg, and the Cape Winelands
Jessica My Life

Jessica and the Nipple

Can you believe that little Jessica has been with us for a whole month now already?

Although still “incarcerated” at the neonatal intensive care unit (NICU) at the fabulous Kuils River NetCare hospital, our little dribble monster is doing exceedingly well, outside of the danger zone, unplugged from almost all sensors and drips and now focussing entirely on bonding with mommy and daddy, picking up weight and learning to breast feed.

And to think, she was only meant to come out of Chantelle’s tummy in a month’s time! 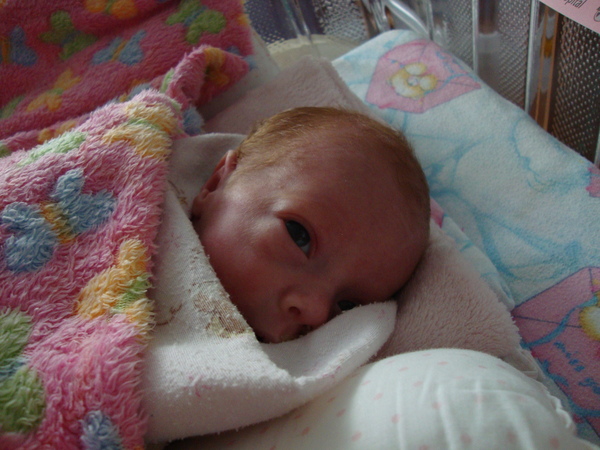 As I’ve mentioned before, she has long since been taken out of the incubators and is now enjoying life in a little transparent tub on a trolley. The only sensor she has to worry about is the little mat sensor underneath her mattress and she now comes fully dressed in an assortment of oh so cute baby clothes (hats sometimes included) – all of which are way too big for her of course! :)

In order to be released there are three main criteria she needs to fulfil: 1) pass the 2.5 kilogram mark. 2) competently breast feed on her own. 3) make the doctor happy.

Seeing as number 3 is already well covered (Doctor Edson is VERY pleased with her progress), that just leaves us with two bases left to cover.

Now in terms of required weight, she has already passed the 2.1 kg mark, steadily picking up between 30 and 50 grams per day. This is the result of the diet she currently finds herself on, namely a combination of mommy’s breast milk and some special calorie rich formula that gets added in with it. In other words, there shouldn’t be a problem there (particularly because Steri and Stumpie continue to produce milk at an alarming rate each day!). 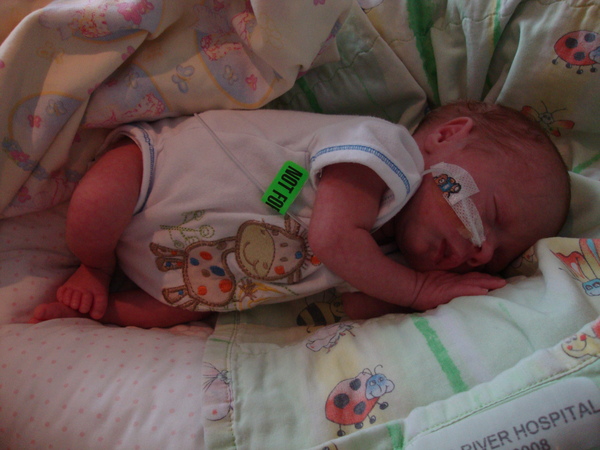 I'm too tired to entertain you. Shoo, shoo, go away picture taking woman

And then we get to the suckling. Last week was a bit frustrating for us because after an initial flash of brilliance when our daughter rooted for the first time and made a pass at grabbing her very first nipple, she then completely relaxed her efforts and seemed to simply forget what to do. Sure she could now drink out of a cup if she had to (and she did quite a number of times mind you), but for the most part her feeding continued to be conducted via a tube inserted through her nose (which funnily enough, still causes plenty of winds and hiccups for our little red headed monster – the hiccups being particularly cute when coming out of that adorable little body!).

Thankfully though, right at the end of last week she suddenly remembered what to do (although that could be contributed to Chantelle and the nurses shoving C’s nipple in her face every couple of hours each and every day!), and has since started to suckle bit by bit – at an extremely slow pace of course. This is mainly due to the fact that the action of suckling completely tires her out, never mind the combination of suck, swallow, breathe that still throws her a fair bit. Still, it is ever so cute to watch her little eyes cross over as she struggles to stay awake after just one or two little sucks! :)

As for mommy, she’s doing pretty well, though still unable to drive. I think she’s now reached the point where she’s quite frustrated of not living at home and instead finding herself under her mom’s roof in Bellville, but unfortunately that situation will have to remain in place until her body does allow her to drive once again. Of course, with Jessica now feeding off the breast, it also means that Chantelle has to be at the hospital for much longer hours now, making it a pretty tiring affair for my poor wife! But that said, she’s already washing and cleaning little Jessie, clothing her and handling her like a professional, so I don’t think she can be too tired of the situation just yet!

My little redhead being fed through her nose tube

Actually I’m doing pretty well. Despite my daughter’s insistence of having red hair (which has shocked me to my very core!), I continue to fall deeper and deeper in love with her every time I see her, and there is nothing better than arriving at the hospital, stealing Jessica off mommy’s chest and plopping down into a chair with my beautiful little dribble monster in my arms.

Hey, and if rumours are to be believed, we might just get her back by Christmas! Now wouldn’t that be grand? :)

Oh and in case you ravenous horde still need more pictures of the most beautiful mini baby in the world, you can grab the photos from week four in the hospital from the gallery as per usual! 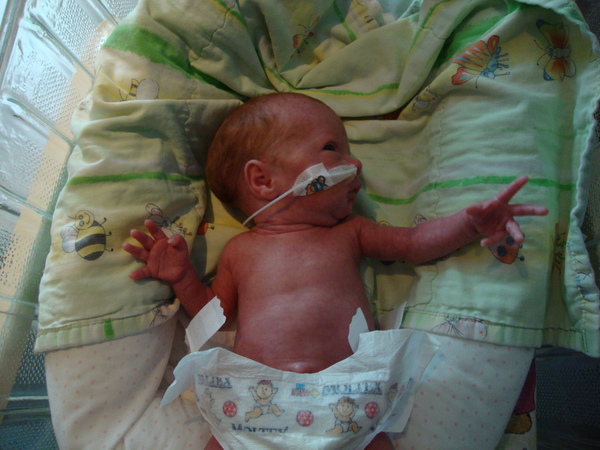 P.S. On a separate note, I’m quite pleased that Jessie’s umbilical cord has already dropped off, sparing me the icky task of cleaning it. What I’m not so pleased about is the tremendous rate at which my girl is blasting through her prem nappies – boy are those things expensive! :P