Skip to content
An Exploring South African Things to do in Cape Town, the Helderberg, and the Cape Winelands
Comic Book Art Comic Books

Brother of comic-inker Rick Basaldua, American comic book artist Eric Basaldua (also known as Ebas) has been in the business for a while now, and is particularly well known for his very sexy depictions of female characters, which is probably why he remains such a go to guy for Zenescope when it comes to churning out their infamous scantily clad babe covers. He did however start his career at Top Cow studios, working directly for founder Marc Silvestri, and has since gone on to build up quite a bibliography of both interior and cover work. You can catch more of him at his deviant art page here.

Using a very muted color palette that seems to instantly elevate this piece of comic art to even loftier heights, this particular Ebas creation depicts Marvel’s premiere cat burglar, the Black Cat, in all of her skintight costumed glory! 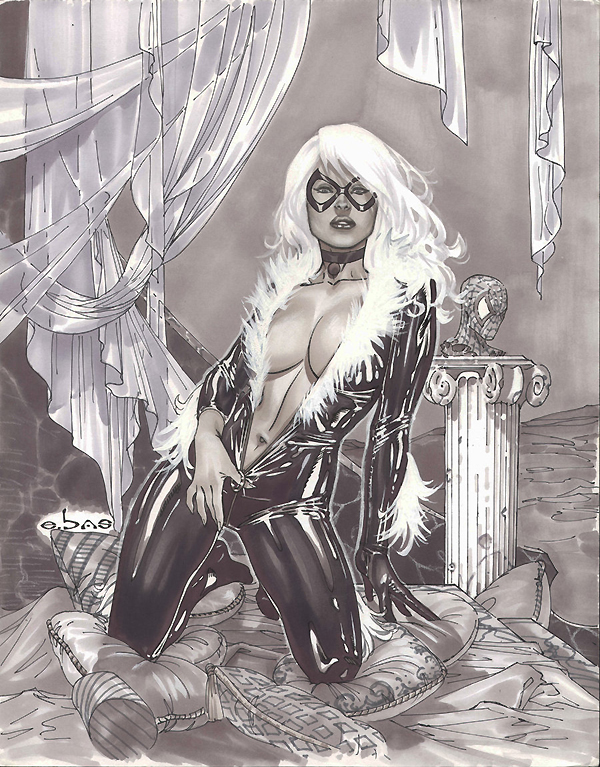 Planet of the Apes: Blood Lines