Skip to content
An Exploring South African Things to do in Cape Town, the Helderberg, and the Cape Winelands
Comic Book Art Comic Books

Eisner award-winning writer Brian Azzarello returned to DC in 2005 with his gritty western Loveless, which has been described as a cross between the bloody action and atmosphere of a Sergio Leone film, and the provocative storytelling of HBO’s Deadwood.

From DC: “Wes Cutter is a wanted man running from a violent past – the horrors of the Civil War, a brutal stint in a Union prison camp, and the savage fallout of Reconstruction. Now he’s on a quest for the one thing in short supply: peace. Joining Wes is his beautiful wife Ruth, a woman who has been to hell and back herself – and hides dark secrets of her own. The road they travel will be a bloody one, leaving a trail of bodies stretching from Missouri to the Pacific Ocean.”

Artist Marcelo Frusin of Hellblazer acclaim handles the artwork for the book, but before we even got a glimpse of the interior art, we were floored by this absolutely stellar, fully painted piece of cover art for issue 1! 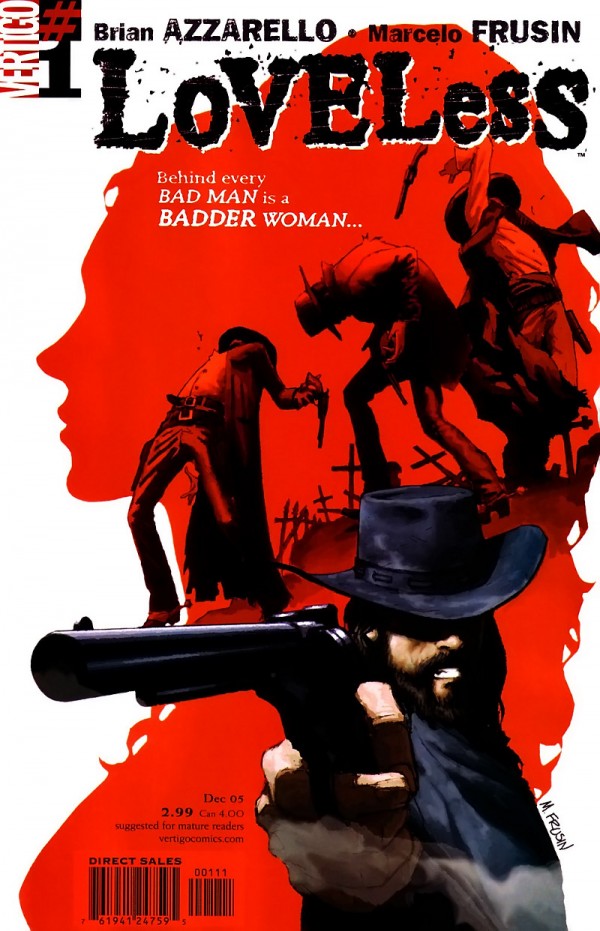