Skip to content
An Exploring South African Things to do in Cape Town, the Helderberg, and the Cape Winelands
Things to See and Do

Aerial photos of Gordon’s Bay always fascinates me, primarily because inevitably they show this massive amount of water, all neatly held by the mountains directly over our little town’s head! 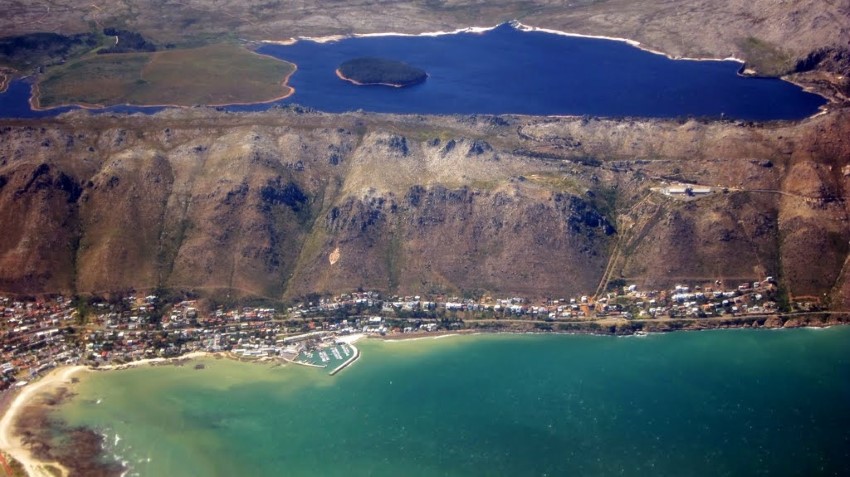 When travelling along the N2 away from Cape Town one has to cross the Hottentots-Holland Mountains via Sir Lowry’s Pass. As one goes over the top and starts to descend into the Grabouw valley on the other side, one of the first sights that one sees is the Steenbras Dam. 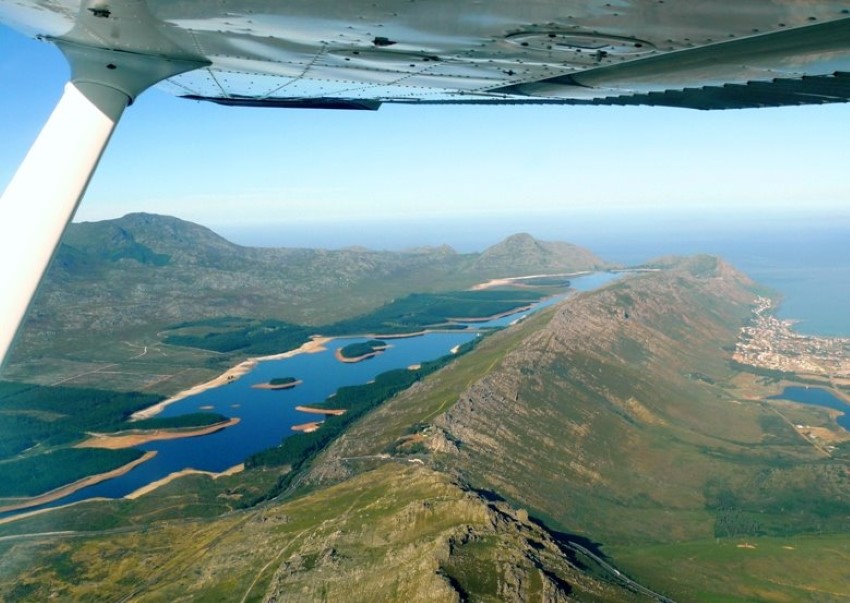 The Steenbras Dam is an earth-fill type dam located in the Hottentots-Holland mountains, above Gordons Bay, near Cape Town in South Africa. For much of the first half of the twentieth century it was the main reservoir (storage dam) for Cape Town (its catchment area is the mountainous areas of Grabouw and Elgin) but is now only one of many dams that supply the city. It was built in 1921 and covers an area of 380ha.

The dam is on the Steenbras River, which, in common with most rivers in the western Cape, has a low sediment load and delivers water of very high quality. The river and dam are named after the steenbras, a fish endemic to South Africa. 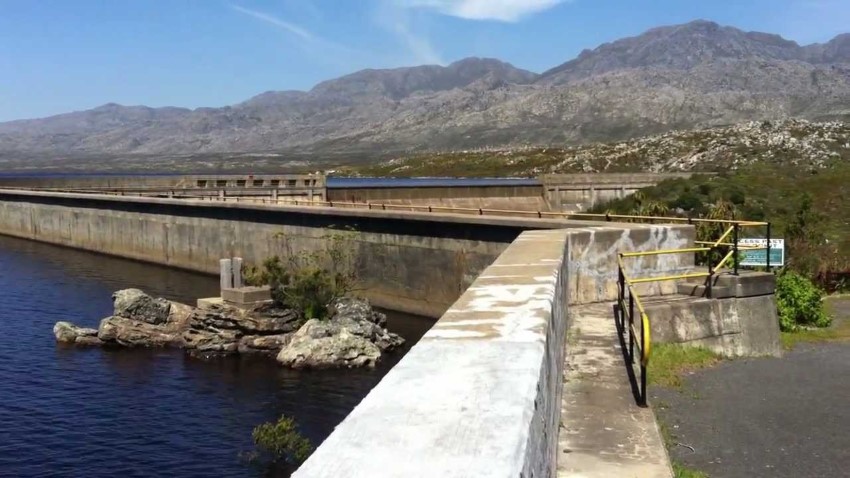 In recent years the dam has become more visible from the road as many of the pine trees that grew along the mountain slopes have been removed as they have been declared aliens. The dam in fact is split into two sections, the upper and lower dams. One crosses a bridge over the dams on the way to Grabouw.

Although in the past you could actually access the dam and walk through the pine forests surrounding it, not to mention try your hand at trout fishing in the dam itself, sadly for security reasons and due to vandalism and neglect, it has been closed to public access for a couple of years now. 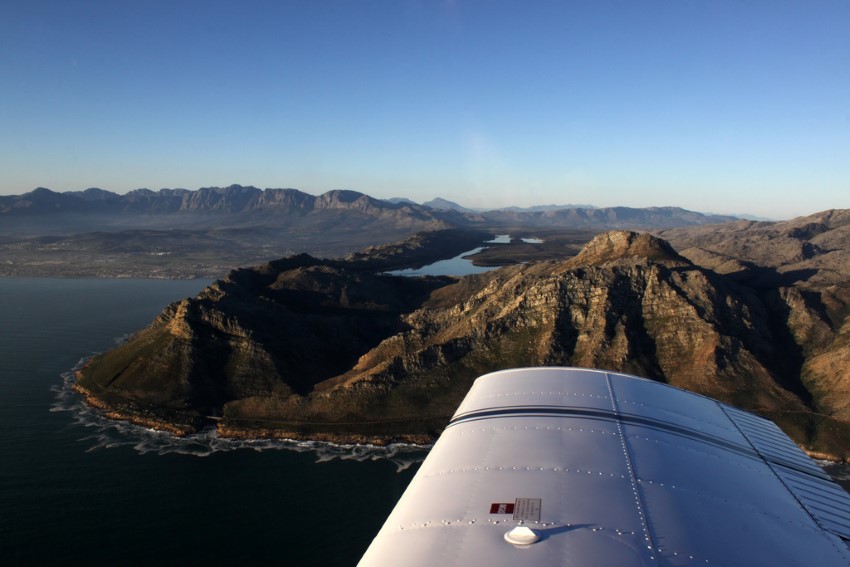 Closer to Grabouw above the Steenbras dam is the Palmiet Pumped Storage Scheme. It was built in 1983 and is part of a water transfer scheme. To generate power water is released from the upper Rockview Dam to the two reversible pump turbines located 60 metres below ground level. After flowing through the turbines the water is discharged into the lower Kogelberg dam.

When Cape Town’s water reserves become low water can be pumped from the Palmiet River via the Rockview Dam to the Steenbras Dam to supplement the Cape Town water supply.

The turbines at Palmiet have two functions. In the first instance they are used as conventional hydro turbines in the generating of power. When not generating to meet the morning and evening peaks on the system, they are used to regulate the voltage.

The second use of the turbines is to reverse their direction to pump the water from the Kogelberg Dam back to the Rocklands dam. In the pump mode the generator becomes a huge motor which absorbs electricity from the network in order to drive the turbine in the pump direction. South Africa, has two pumped storage schemes, both operated in conjunction with the Department of Water Affairs and Forestry as part of water transfer schemes. 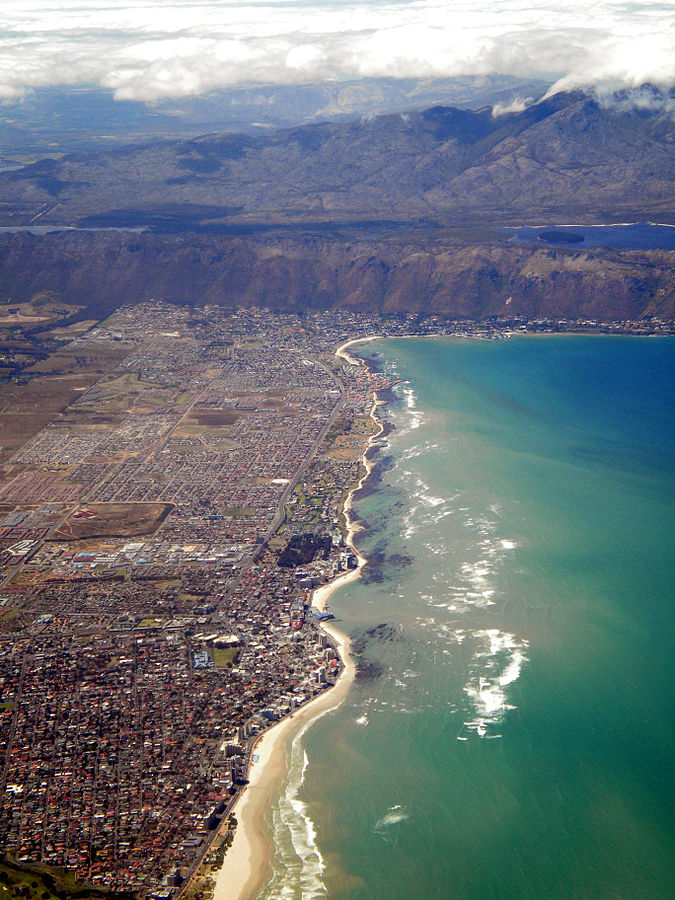